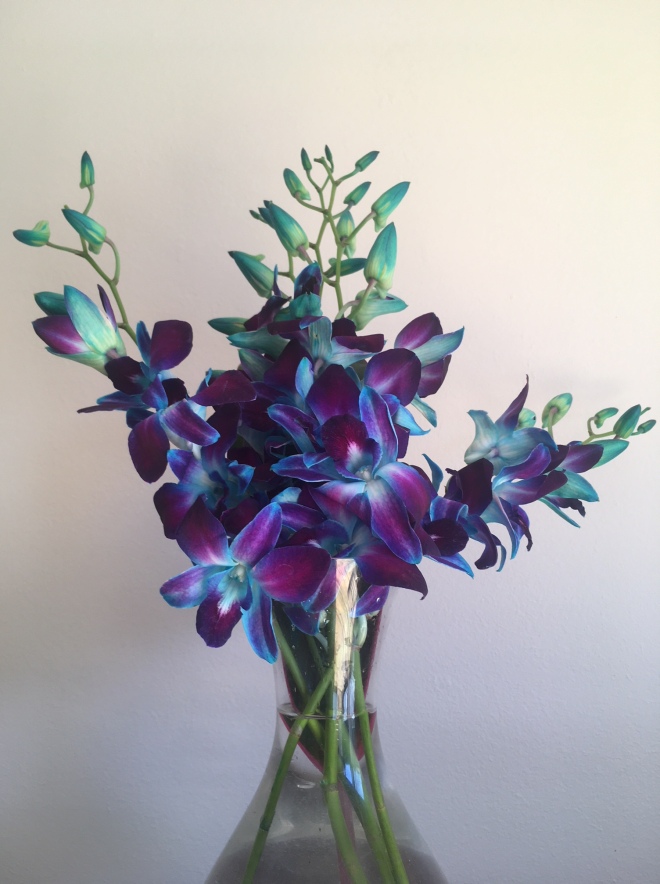 On March 1st 2018 I declared a month free from news (inspired by a recent screening of My Dinner with Andre), grains (ALL of ’em, even quinoa), eggs, and sugar. It’s been 15 days and here’s what I’ve learned so far.

Until I stopped checking the news websites compulsively, I had no idea how much time I was spending reading about distressing world events. I’d usually begin my day checking email, followed by a quick scan of Instagram, then what I mistakenly thought would be a fast peruse of the the CBC. It never happened that way. I’d start on the local CBC site, then pop onto the Globe and Mail and from there I was onto the New York Times, the Atlantic, the Washington Post (until I ran out of free articles, which was often), the New Yorker, and Medium (you know, for extra context).

Like so many others, I was alarmed and shocked by the results of the 2016 American election. I really had no idea the depth of discord running through our Southern neighbour’s psyche. Primarily because I’d never met a Trump supporter. I thought they were somewhat mythical, conjured up in the election frenzy to freak people out enough to vote. How wrong I was.

But here’s the thing. All my speculation and obsessing over the tangle in the United States is totally useless. There’s not a thing I can do to change it and lambasting my partner with angry diatribes about Whatever Horrible Thing 45 Did Today certainly wasn’t creating any systemic change. I was spinning in a stressy hamster wheel of frightening information.

So I had to make a choice to change the habit that was causing me sleepless nights, angry outbursts, and a new nervous habit of jumping out of my skin at every single unexpected noise. My adrenal glands were in hyperdrive and it was making me sick. I had more cortisol surging through my system than someone trying to outrun a tiger.

I’ve started taking an adrenal support prescribed by my naturopath and working on healing my thyroid, which has also been taking a beating. This means a challenging diet (I hate that word but can’t think of something more suitable). It also means I get to bask in the glory of artichokes. I really had no idea they were so gorgeous and healing. Delightful.

I’ve been mostly gluten free for years, but following the Thyroid Healing plan (woo-woo? yeah sure, but if it works, I’m game) from Medical Medium means eliminating grains entirely. So no more rice cakes, quinoa, or buckwheat pancakes.

Breakfast is tricky. I’m starting most days with half an avocado sprinkled with hemp seeds, followed by a celery juice shooter. Apparently eggs are also a no-no due to a hormone that feeds the Epstein Barr Virus, which causes mono. I’ve had that exhausting virus not once, but twice so my liver needs serious support and healing.

Sugar is also a tough one, even though I usually opt for fair trade organic hippy-dippy chocolate bars, they still have cane sugar and it’s messing with  my blood glucose. Apparently it’s all about  balancing the sugars to maintain equilibrium.

On Tuesday, I helped a colleague with some pages he needed before a manuscript deadline and before I knew it, it was 3:30 and I’d forgotten to eat lunch. Another peer dropped by for a quick planning meeting, then I was off to a panel talk at Small Business B.C. I walked in the door and headed straight for the pizza buffet, downing two slices of veggie delight. Big mistake. Not only was it full of gluten, but also dairy, onions and garlic. All major irritants. I suffered for two days with headaches and itchy skin.

Lesson learned: I need to schedule meals and bring snacks in my bag if I’m running around all day.

Other than my first major food slip, I do feel an uptick in energy, particularly in the afternoons when I used to crash and burn after a carby lunch and quick hits of chocolate and coffee to stay awake. I managed to give up coffee a few months ago and that’s been a major stress reducer.

Back to the no-news-is-good-news strategy. There’s been some challenges. LinkedIn is a bit minefieldy with their forced news feed on the home page (boo hiss) but I only check it a few times a week so I can usually steer clear of alarming headlines.

After two weeks I’m less jumpy around the house and out on the street. I’m also much more present and engaged with my surroundings. This morning, I found $5 bucks on the street (bonus!). I haven’t been hectoring my partner with the ills of the world. I’m sleeping eight or nine hours every night. Laughter is more frequent. But mostly I feel a sense of spaciousness and having time to do what makes my heart sing. I’m connecting with others who share my enthusiasm for storytelling and art making. I leave my phone at home or in my purse and feel an enormous sense of tenderness for the world.

How are you coping with this mad-mad world of attention seeking and mayhem? I’d love to hear your strategies in the comments.